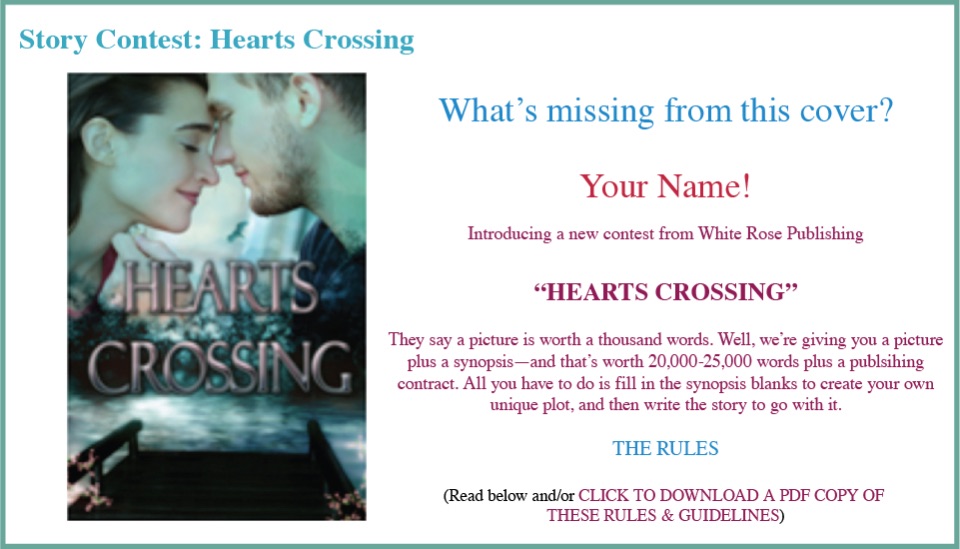 Andrew Fitzpatrick and Darcy Clark came to life in response to a story contest in 2009. White Rose Press provided a “Mad Lib” synopsis and cover with the prize being publication. A cover graphic was provided along with THE RULES.

• Word length between 20,000 and 25,000
• A contemporary setting
• Submission must be an original, never-before-published work, and you must own the rights to it.
• Entries must not stray from the provided synopsis
• The hero and heroine must look like the couple on the provided cover
• The hero had to be between 25 and 35 years old, a teacher with a stubble beard, and one of eight children – specifically four brothers and three sisters.
• The heroine had to be between 22 and 32, an only child, and a landscape architect. 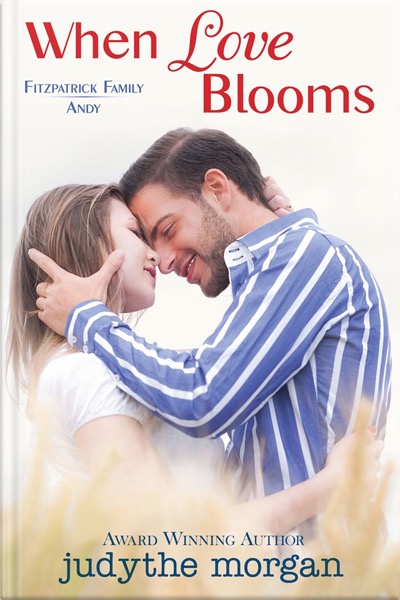 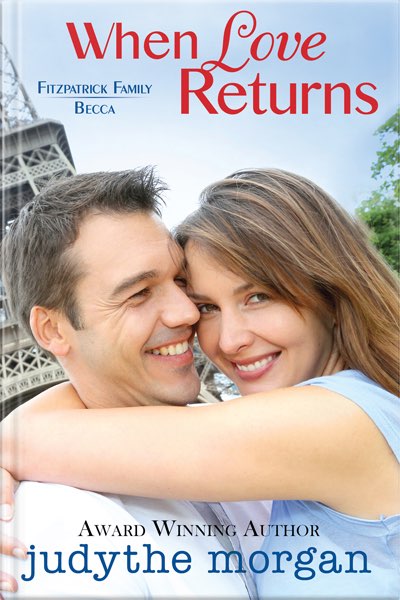 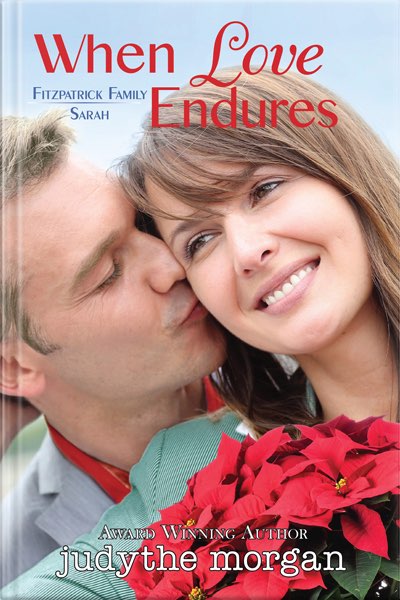 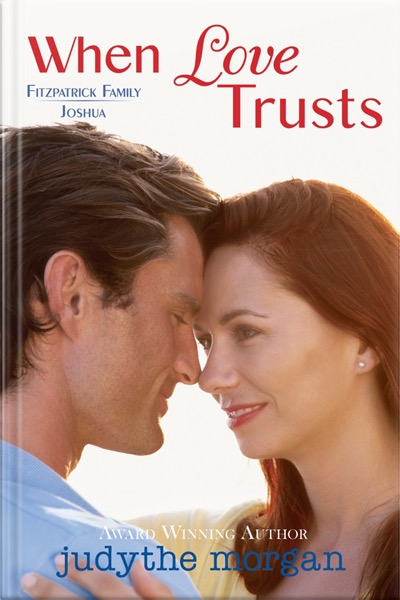 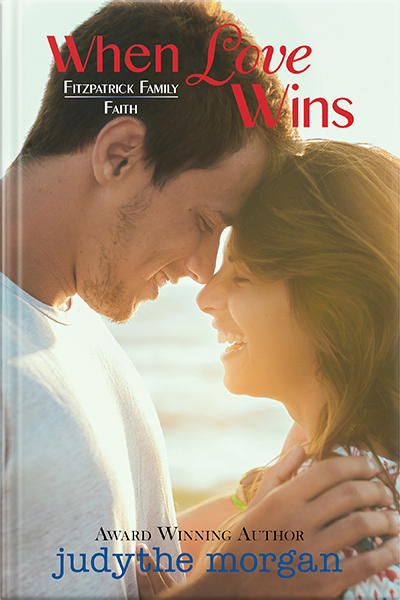 A challenge for this writer who flies by the seat of her pants when I started a manuscript!

Nonetheless, I took on the challenge and penned the first version of Andy and Darcy’s story. I didn’t win and stuffed the manuscript away. Five years later, I pulled out that old manuscript and began a rewrite.

If you’ve read the Fitzpatrick series, you know Darcy is a landscape designer. Andy’s a special education teacher with four brothers and three sisters. You’ll also notice from the cover I decided to keep Andy’s beard.

Andy’s seven siblings begin chattering in my head wanting their stories told and thus the Fitzpatrick Family series was born.

When Love Blooms, the first Fitzpatrick Family Series and Andy and Darcy’s story, was released in 2014.

When Love Returns, When Love Endures, When Love Trusts, and When Love Wins followed. When Love Comes Home the last of the siblings’ stories will be released in late 2022.

I hope you’ll have as much fun reading the Fitzpatrick stories as I did creating them. Each book can be read as a standalone story.

People often ask if my books are autobiographical. They aren’t, at least not exactly. Parts of my life experiences are woven into all my books. Writing the Promises Series allowed me to relive treasured memories. 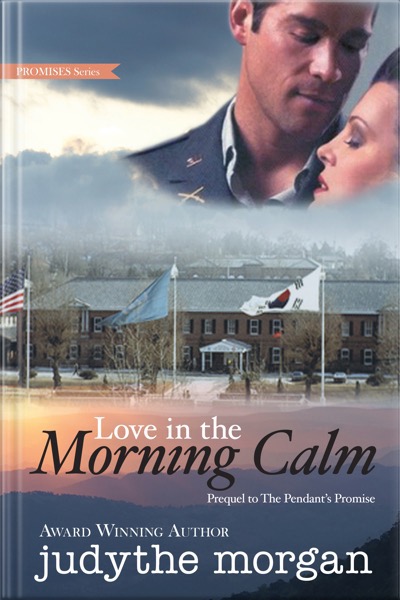 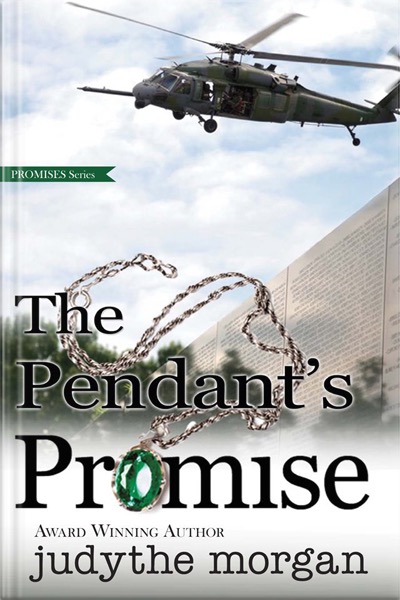 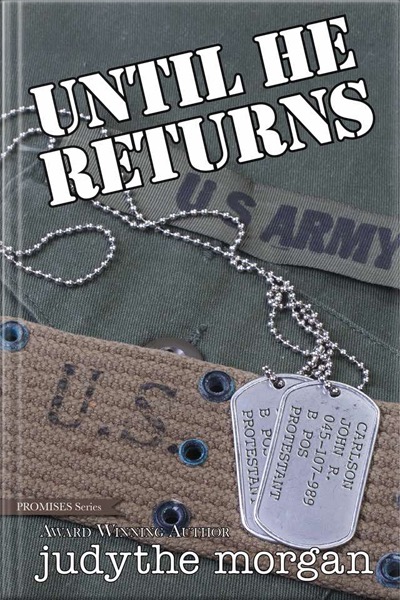 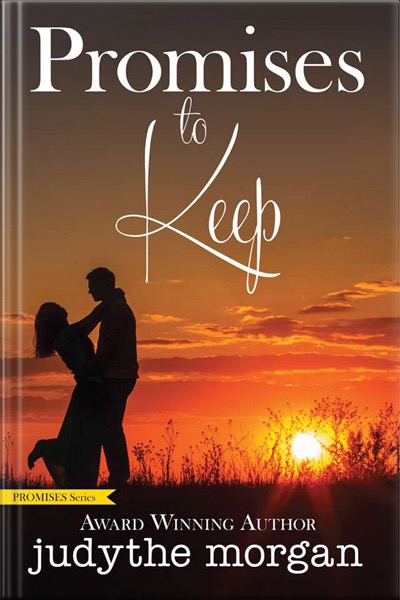 The idea for this series came from my days as a Department of Army Civilian at Headquarters, Eighth Army. During the Vietnam War era, I followed my First Lieutenant husband on his unaccompanied tour in South Korea.

As unauthorized dependents, my daughter and I could not live on the military compound in Yongsan. Instead, we rented an apartment high above the Han River in Han Nam Dong’s U.N. Village. That’s where Lily lives in Love in the Morning Calm. 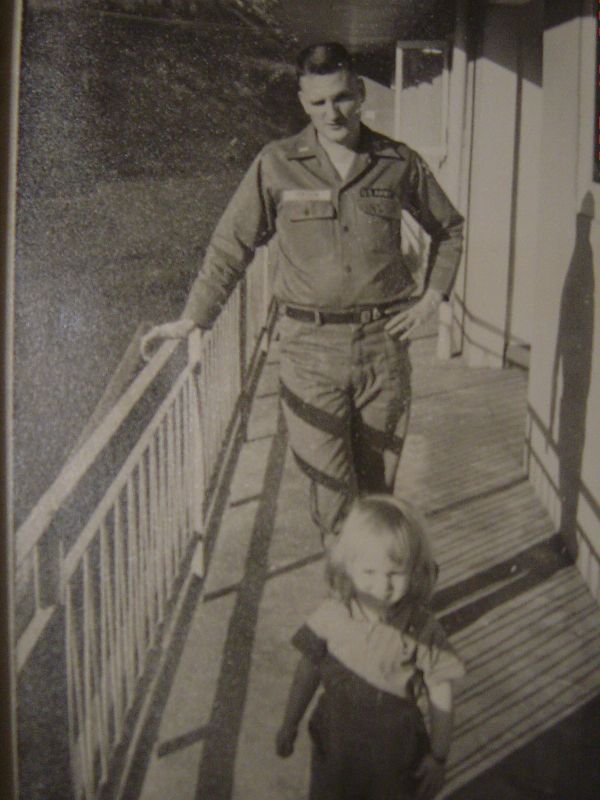 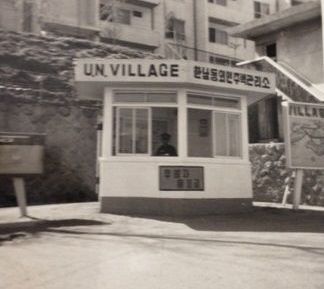 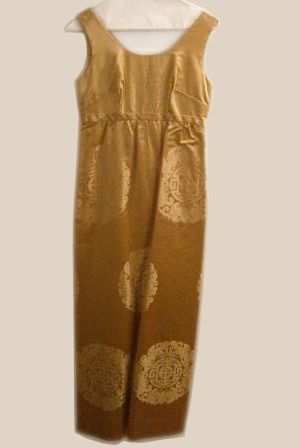 Part of my work at Eighth Army Headquarters involved secretarial duties for President Lyndon Johnson’s visit during his Southeast Asia tour, which became the writer’s tool I used to bring Lily and Major Ace Cabot together. And, yes, there was a Presidential Reception held at Walker Hill and a gold dress like Lily wore.

Other real experiences and places are in the stories too. Chungpyung Reservoir where we picnicked with friends is the setting for the picnic scene in Love in the Morning Calm. 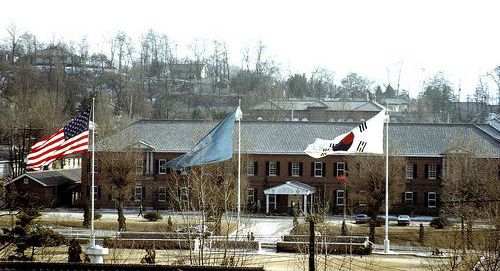 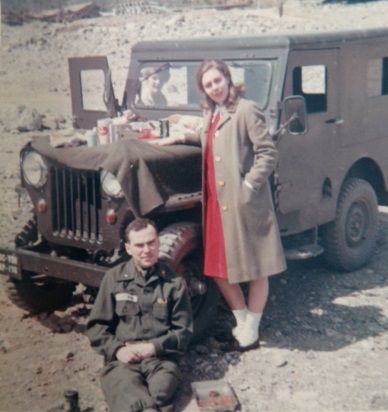 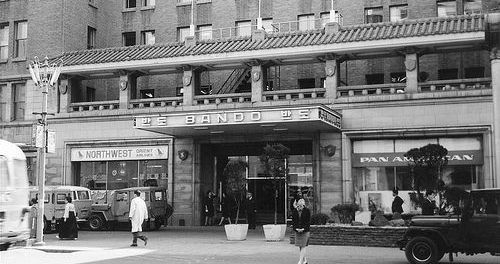 Even the settings in Tennessee where Lily lived and worked and Virginia, Alex’s home state, come from personal experiences.

Two books tell Lily and Alex’s story, Love in the Morning Calm and The Pendant’s Promise. Two more books chronicle David’s story, Until He Returns and Promises to Keep.

Three people met at Eighth Army Headquarters, in South Korea during the turbulent Vietnam War years and their lives were irreversibly united. Promises they make to themselves and each other bound them forever. The series blends history and happily-ever-after. Each book can be read as a standalone story. 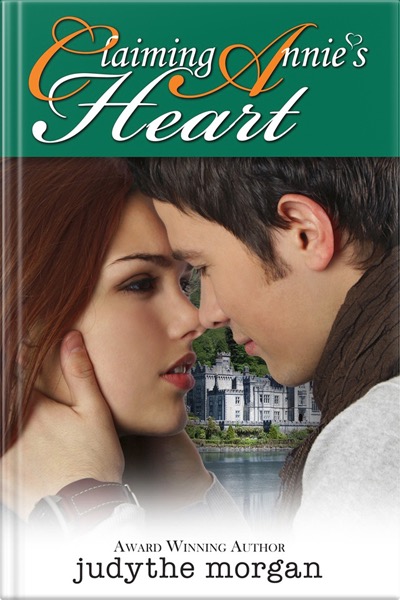 My paternal grandmother was an Irish Callahan from County Clare. My maternal grandmother’s family came to America through Ellis Island. With those deep Irish roots, writing a story set in Ireland might seem predictable. But I never set out to plot such a story. Too many other story ideas were floating in my head.

That is until I went to Ireland and those roots came to life.

On my first trip in the early 90s, the joy sparkling in the eyes of the Irish people I met danced with the elation bubbling through my veins. If you have even a drop of Irish blood and ever go to Ireland, you’ll understand what I mean.

Ireland is magical. The sights and sounds call to deep kinship and connections.

As I drove through the lush, green countryside and poked about in pubs and shops, everyone I encountered felt like family. I felt I’d come home.

Pubs are my favorite places to visit whenever I’m in Ireland, especially on seisiún night. I find I can’t help but hum along or tap my foot. Seisiún is Gaelic for an informal gathering where traditional Irish music is played. In Claiming Annie’s Heart, Annie plays in seisiúns at Murphy’s Pub. 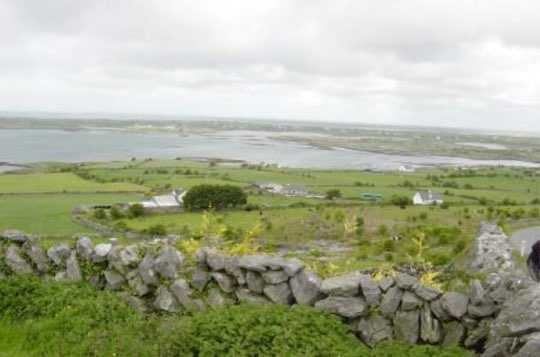 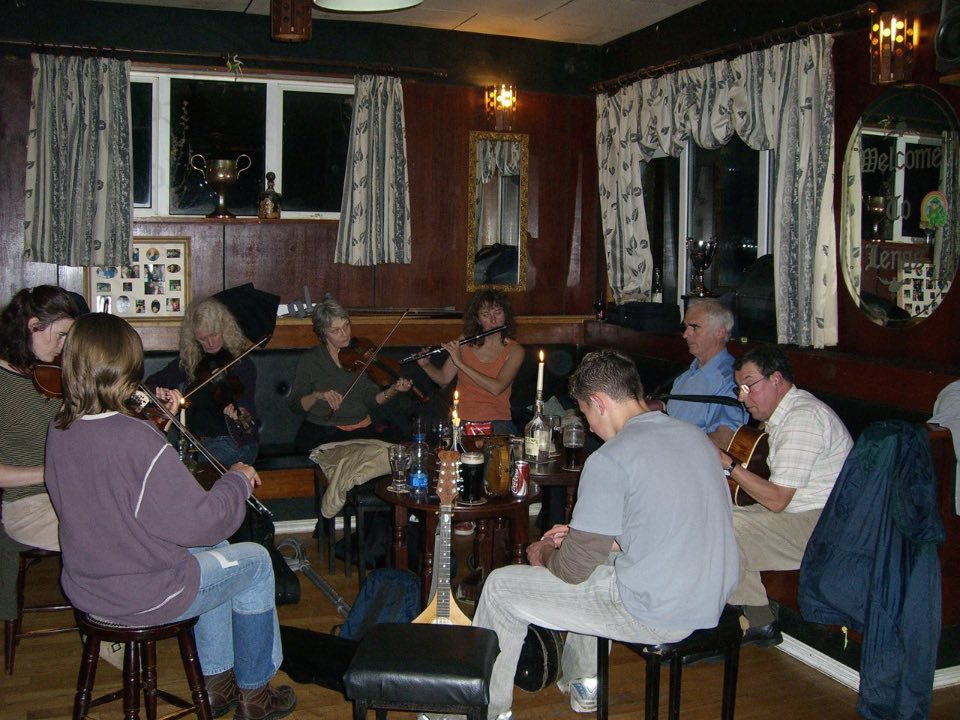 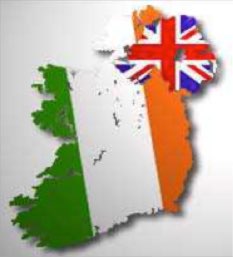 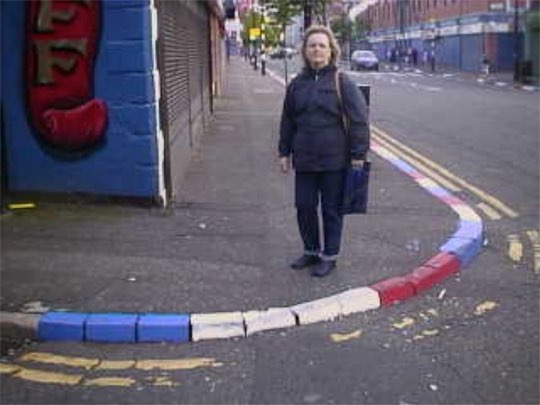 Until my travels on the island, I never realized the difference between the Republic of Ireland and Northern Ireland.

Talking with the old timers, I quickly learned about Irish history.

In 1920, after bitter fighting and political maneuvering, the island was partitioned into Northern Ireland and the Irish Free State or Republic of Ireland. The Irish call their fight for independence The Troubles.

Heavy violence erupted again in the 60s and continued through the 90s. The ceasefire of 1994 and the Good Friday Agreement of 1998, along with the rebranding of the Orangemen parades, has reduced violence to only a few pockets of dissention. Still, the history remains fresh and after a few Guinness, pub discussions can become heated.

I realized with a deep sadness how much The Troubles dramatically continued to touch Irish lives. The idea for a future story conflict was planted. 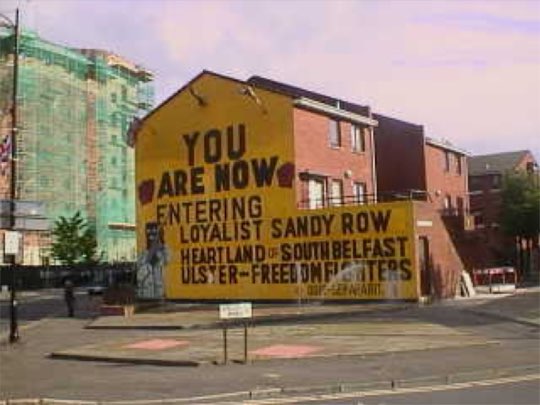 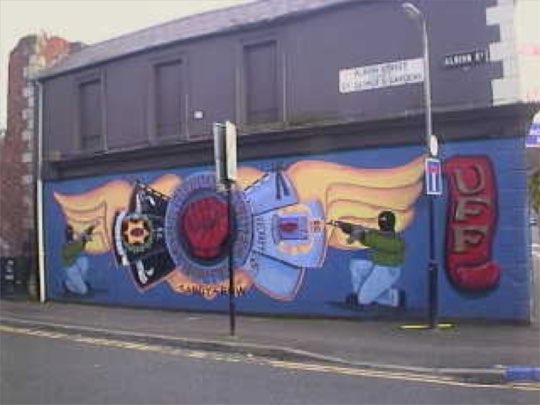 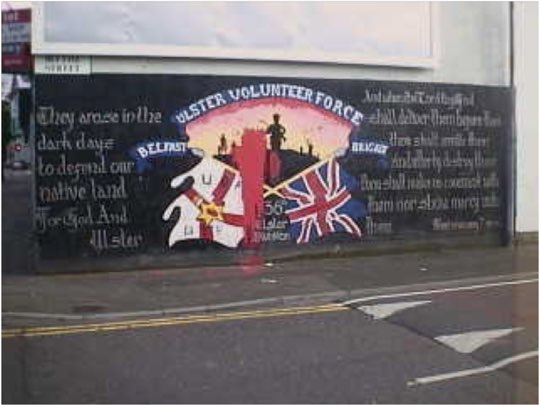 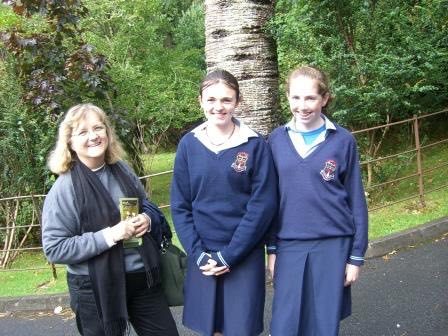 Then on another trip, I visited an Irish girl’s boarding school in County Connemara (Republic of Ireland). As I walked the grounds and talked to the girls, I had a rare writer moment where a character sprang fully formed into my head, commanding me to tell her story.

Annie Foster, the heroine of Claiming Annie’s Heart, practically leapt from the pages as I wrote.

When I asked the Mother Superior at the school if I could use the school in my book’s setting, she denied my request. I wrestled with finding a different plot. Finally, coming up with a blend of what Annie wanted told with a suspense element centered in historical troubles in Northern Ireland.

Best of all, the heart of Claiming Annie’s Heart remained about one young woman’s hard choice between the man she’ll always love and her promise to her fiancé’s young daughter.

Annie and I are pleased with the final product that blends women’s fiction, history, and a touch of suspense. 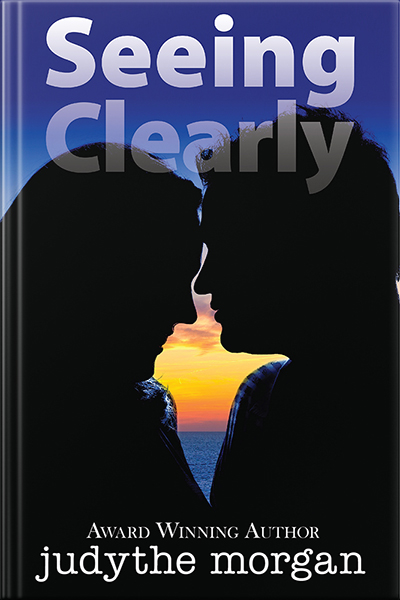 Sometimes a story takes years to uncover. Seeing Clearly was one of those stories.

I picked out the characters – a forty-something grandmother raising her grandchild and a thirty-something divorced ex-cop. I love Evie. She’s a grandmother with spunk and grit. Now that the book’s finally out, I kinda miss her.

My first unpublished attempt placed in a writing contest, but Dawson wasn’t happy with that version. He insisted his backstory was all wrong, too sissy for an ex-narcotics cop.

(If it sounds like my characters become real people to me, they do.)

He revealed that the cartel boss he’d been investigating had blown up his fishing boat with his twin sons in it. He was set on revenge.

Evie shared more of her backstory too. She was raising her grandson because her only child and his wife died in a car crash that wasn’t an accident.

Now I had two characters with complications and a drugs/cartel plot. The major left turn from the sweet, inspirational romance with older characters to a romantic suspense plot required some interesting research into drug smuggling and the Mexican cartel.

I learned more than I really wanted to know digging into cartel vocabulary, methods of operation, and organization. It was enlightening, and a bit scary. Cartels are bad.

While not as dark as some suspense plots, Seeing Clearly does offer an accurate depiction of how drugs can infiltrate ordinary lives.

The newly published version with suspense plot twists, a touch of humor, and my trademark love story has been a hit with reviewers and contest judges.

Let me know what you think.